What is Cupping Therapy?

It is an easy, reliable and effective treatment method applied by applying a regional vacuum at certain points of the body to increase blood circulation and eliminate muscle spasm. It is divided into two as dry and wet cups, and when blood containing toxin is taken through superficial skin incisions, it is called wet cup, or cupping. 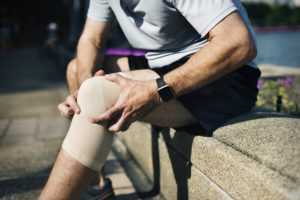 Cupping therapy, which is one of the oldest treatment methods of medicine, is known to have been practiced in ancient Egypt and China a few thousand years ago, and the first written sources were found in these countries. Later, it is known that it was applied in societies around the world. Cupping treatment and bloodletting method is thought to have a history of 2500 years in Mongolian and Turkish societies, and this information has been transferred from generation to generation to Anatolia. He mentioned cupping therapy in his “Emergency Treatment Handbook”, written by the Chinese Taoist physician Ge Hong in 281 A.D. in China. An ancient Chinese expression said, “More than half of the diseases are cured by acupuncture and cupping.” In China, among the therapeutic methods such as acupuncture, cupping therapy, herbal therapy, Tuina massage, Qi Gong, and Tai Chi, bleeding with a cup was important.

Hippocrates and Galen described both dry and wet cupping therapy in their own works.

In the book “El-Kanun Fi’t-Tıbb” written by İbn-i Sina in the 1st century AD, which is the most comprehensive source of Islamic medicine, he also mentioned in detail the dry and wet cup practices. Avicenna used the expression that a dry cup creates “warmth”, while a wet cup creates “coldness” by removing heat from the body.

Hijama is the equivalent of wet cup therapy in Islamic medicine, which comes from the Arabic word al hicama. Leech therapy, which is one of the oldest methods of medicine, has taken little place in the treatment of bleeding, due to the fact that the weather is hot in the Arabian peninsula and there are very few wetlands. That’s why wet cupping therapy has developed.

Wet cupping points are defined on the body according to medical prophets. The most important of them are kahil and ahdayin points. Kahil points approximately C7 and Th1-2, Th5 (interscapular), Th6-7 (angulus inferior scapulae); ahdayin point is located around proc.mastoideus.

According to traditional Chinese medicine, the purpose of cupping therapy is to regulate the movement of Chi and blood, which is the life energy, and as a result, to remove pathogens such as Wind, Cold, Humidity and Heat in the body.

In the wet cup method, blood is taken by bleeding over the meridian or acupuncture points by using pointed piercing tools, seven star needles with 7 short needles at the end with a long flexible handle, or a scalpel. The aim here is not to empty a large amount of blood, but to dissolve the blockage in order to remove the pathogen in the sick organ or area, to eliminate the insufficiency of blood circulation or stasis.

There are various mug method. Apart from the wet mug made by taking blood, the fixed dry mug made to solve muscle spasm and accelerate blood circulation, the movable cup (cup massage) made by lubricating the body surface and moving the vacuumed cup on it, the mug made to contain the acupuncture needle dipped into the point, the hot cup inside the hot area. Various cupping methods can be used depending on the discomfort, such as a mug made by putting ice or water, a liquid that is a herbal mixture.

It can also be applied as light, medium and high pressure depending on the degree of cup pressure. However, light pressure should be applied to the patient who has been treated for the first time during the application. Otherwise, blisters may form on the skin or the patient may feel discomfort from excessive pressure. The discoloration of the skin after dry cupping gives some clues about the patient. Mostly, mild redness is considered normal, while dark red and purple coloration means stagnation in blood circulation, on the contrary, the absence of redness color and its transformation into white color means a lack of Chi and blood. Rarely, black dots and spots may occur, which can be considered the presence of heavy metals, etc. toxic substances accumulating under the skin.

It is beneficial to make the first application with the patient in the supine position. Especially in wet cupping treatment, the patient may have a risk of lowering blood pressure, dizziness and even syncope. Therefore, it is necessary to determine the correct spot and the number of spots by examining the patient’s physical examination, pulse and tongue examination, blood tests and other examinations before the treatment.

After selecting the appropriate spots for the cup, the area should be cleaned with an antiseptic solution, and short superficial scratches should be carefully drawn with the scalpel tip without creating deep and long incisions so that the patient does not suffer too much. The blood coming into the cup coagulates after about 10-15 minutes, usually once is enough, but if necessary, this clotted blood can be cleaned and vacuumed 2-3 times. After the treatment, the incision site should be cleaned with an antiseptic and covered with sterile gauze.

The most suitable season for the wet cup is the first spring. According to the five element theory in traditional Chinese medicine, the liver is the wood-wood element, and it is the period when the liver works actively, such as trees and plants come to life in the spring. In this period, wet cups and other detox therapy methods play an important role in the recovery of the patient.

Dry and wet cupping applications have many mechanisms of action. There are effects such as increase in capillary permeability as a result of negative pressure in the applied area, support to the lymphatic system, activation of immune cells formed by scratches, reflex response resulting from stimulation of free nerve endings, release of nitric oxide, beta endorphins, etc.

Cupping therapy has been included in the certification trainings of the Ministry of Health since 2016, and hundreds of physicians have received cupping therapy training and started to practice it at GETAT centers of other university hospitals, especially SBU.

Diseases in which Cupping Therapy is Most Commonly Used